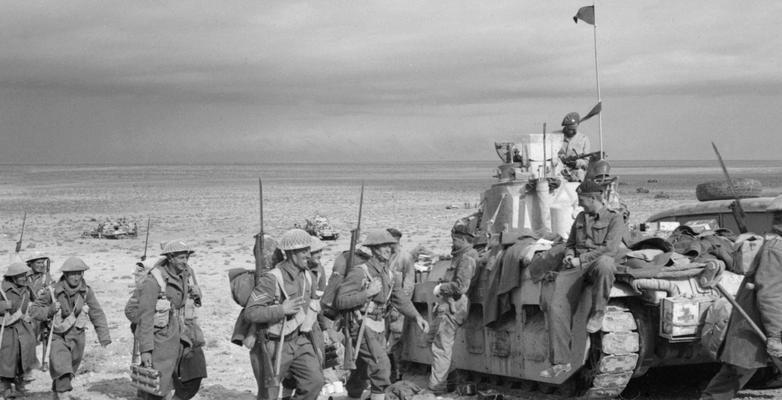 In the first of a series of blogs on my new article, ‘Soldiers and Social Change: The Forces Vote in the Second World War and New Zealand’s Great Experiment in Social Citizenship’, in The English Historical Review, I outlined how the soldiers’ vote won Labour the 1943 New Zealand general election. In this and a subsequent blog, I will investigate why the forces were so inclined to vote Labour.

The socio-economic profile of the cohort provides a good starting point. Indeed, a hypothesis that the New Zealand armed forces of the Second World War were predominantly made up of men likely to vote for a party with working-class interests (Labour) does not seem unreasonable. In the First World War, the call-up system, as it operated in Britain, put a disproportionate strain on certain segments of society, especially skilled working-class and lower middle-class men. Studies of conscription in New Zealand in the First World War point to a similar dynamic.

My study provides the first comprehensive and statistically robust social class profile of the New Zealand Army (and, as far as this author is aware, any army) in the Second World War. The usual method for ascertaining social class categorises groups based on their position in a graded hierarchy of occupations. Unfortunately, the 1945 New Zealand census did not provide a social class breakdown by occupation; in fact, it was not until 1972 that W.B. Elley and J.C. Irving produced an occupational index, allowing scholars to make comparisons between population sub-sets and the population in general in New Zealand. Elley and Irving segmented New Zealand society into six ‘levels’, or classes: level 1 included, for example, accountants, doctors, lawyers and university teachers; level 2, bank managers, clergymen, artists, company directors and farmers; level 3, bookkeepers, clerks, laboratory technicians and policemen; level 4, builders, fishermen, mechanics and electricians; level 5, blacksmiths, bus and truck drivers, textile and other factory workers; and level 6, farm and general labourers, janitors and miners.

To gauge the proportion of the army in each occupational grouping or social class in New Zealand, it was decided to cross-reference data on the occupational background of the 2NZEF (contained in the nominal rolls of 2NZEF embarkations from New Zealand during the war) with the social class category classifications from the study of Elley and Irving. The occupational background of the 2NZEF was derived from a probability sample of embarkations, where each of the 113,847 men who embarked from New Zealand had an equal chance of being chosen. The embarkation rolls were already organised alphabetically and the individuals selected for the sample were picked on a systematic basis, i.e. one name was chosen from the middle of every second or third page of the embarkation rolls, depending on the number of names on the page. When the individual’s occupation was ascertained, it was then assigned to a class category using the Elley and Irving classification. The total sample size was 1,241; thus, at a 95 per cent confidence level, there was a sample error of ±2.8 per cent.

Details from the sample analysed in the paper show that the 2NZEF had a disproportionately small percentage of the professional classes, levels 1 and 2, as compared to the population at large. Skilled workers, level 4, were also under-represented. Unskilled workers, level 6, by comparison, were represented to a disproportionately high extent. It is evident that the 2NZEF was, therefore, of lower occupation status than the population at large. Accordingly, the Army would have been, it could be argued, more likely to vote for Labour than for the right of centre National Party in the 1943 general election.

However, analysis of the forces vote, detailed in the paper, throws considerable doubt on this supposition. By aggregating the votes cast for each party from each military theatre in each constituency, it is evident that a greater proportion of those stationed in the UK voted Labour than those stationed in other theatres, such as the Pacific and Middle East. The vast majority of the voters in the UK were Air Force personnel, individuals who were likely to have been of a higher social class than the majority of those in the 2NZEF.

Throughout the war, the British and Commonwealth armies continually struggled to find ‘good human material’, as the majority of the ‘best’ intakes chose to join either the Air Force or the Navy. Nominal rolls, such as those used for the 2NZEF, are unfortunately not available for the airmen who served with the Royal Air Force (RAF) in the United Kingdom. However, there are several books that include biographical information about New Zealand airmen in the Second World War. Kenneth G. Wynn’s study of New Zealanders awarded the Battle of Britain Clasp, for example, gives details of the occupations of 120 of the 131 men who were granted this honour by the Battle of Britain Fighter Association or the Royal New Zealand Air Force. This sample, although clearly too small to be statistically representative, suggested what one might expect, that New Zealand airmen were of a higher social class than those in the 2NZEF generally.

The figures indicate that the cohort in the UK was overall of higher social status than the 2NZEF generally. But that cohort exhibited the highest level of support for Labour in their votes. The voting behaviour of the New Zealand forces in the UK does not, therefore, support the argument that social class background was a key factor in shaping the forces vote. Additionally, as there is no reason to believe that soldiers serving in New Zealand or the Pacific were of a different social class background to those in the Middle East, or that airmen serving in Canada were of a different social class background to those in the UK, social class can also be discounted as an explanation for the differences in voting preferences between these regions. There appears, therefore, to be no clear association between the social class status of New Zealanders in the armed forces and their voting behaviours.

Image: infantry of the 2nd New Zealand Division link up with Matilda tanks of the Tobruk garrison via the Imperial War Museum.