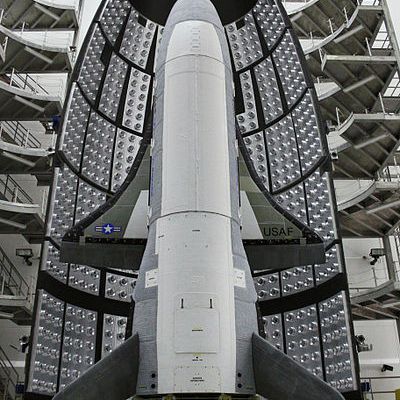 The US Department of Defense and the House of Representatives have been abuzz of late regarding the question of setting up an independent space corps within the US Air Force (USAF).  The House Armed Services strategic forces subcommittee unveiled their intention to legislate this space corps loosely along the lines of the US Marine Corps’ (USMC) relationship to its parent service, the US Navy.

The USAF has been charged with under-resourcing its spacepower responsibilities: there are not enough space staff, redundant assets, provisions for hostile actions against US assets, the stifling of spacepower culture through the imposition of air culture, hollowing out funds meant for space in favour of airpower needs, and that the USAF has failed to address these issues for 25 years. So far, the USAF has met these criticisms with a stonewall of ‘now is not the time’ and retorted that the focus should be on improving the integration of existing US space capabilities across the other services, claiming that a reorganisation would be distracting and impose extra strains on the defense budget.

Rather than comb over the bureaucratic debate (see Coyote Smith’s op-ed), this post supports a move towards greater independence for US military spacepower. The conceptual and contextual issues below lend weight to the view of carving out an entire service – not merely a space corps – to exclusively conduct, defend, and exploit American spacepower in the years ahead. These issues will not go away any time soon, and therefore the USAF will have to address them both in detail and substance far more convincingly than merely by citing issues of cost and time if it is to keep control of American spacepower.

Spacepower is proliferating. No longer solely the purview of the United States and Russia, over 70 states now have assets in orbit, and even more countries rely on satellites for services, communications, and data. Any modernising military power is integrating satellite services and spacepower for precision warfare and networked capabilities – most notably China. In addition to the spread of spacepower, the key tools of space warfare are also spreading. China and Russia have also developed significant anti-satellite technologies that threaten American and other space systems. Space is therefore not just a place that provides support for terrestrial forces, it also is becoming a theatre of combat that requires an understanding of concepts, ideas, and threats specific to that environment and outer space’s unique connections to all terrestrial environments. With spacepower essential for American success in modern warfare, the command of space is therefore an additional requisite for commanding Earth, as I have previously argued in The Journal of Strategic Studies and Defence-in-Depth. With potential near-peer adversaries increasingly able to contest American command of the air, the USAF will have its hands full engaging in the air environment without also having to contest the command of space as well.

With the command of the sea and the air having their own distinct services, creating a separate force dedicated to winning the command of space is far from a conceptual absurdity. Indeed, China and Russia have already moved in this direction with the People’s Liberation Army Strategic Support Force and its ‘Space Troops’, and Russia’s Space Force under its Aerospace Forces structure. However, the criticism that it is that China and Russia have become ‘near peers’ to the US in space is unfair and lacking any real grounding. Regardless of who controlled US spacepower, China and Russia would surely have continued to invest in outer space over the last 20-30 years and decreased America’s relative edge in space. Even if the United States wishes to, it has little ability to stop the development of spacepower in major powers such as China, Russia, and India.

Spacepower is inherently global in its perspective, and the threats to space systems can come from any part of the globe, not merely where the USAF is operating in, or is geographically focused upon at any given moment. A space-centric service must be able to take a global terrestrial view and how it relates to its concerns in Earth orbit, and task terrestrial military services accordingly. Just as outer space supports terrestrial warfare, terrestrial military forces must be able to respond to and support spacepower through necessary actions on Earth – such as ground, naval, and airborne attacks on anti-satellite weapons, jamming devices, and enemy satellite control and receiver sites.

Second, and closely connected, is that outer space is its own geographic environment which also generates particular cultures and traditions. Coyote Smith makes this point clearly with his recommendation for the return of US Space Command which will be responsible for all military activities and tasking requirements for US spacepower. This is currently subsumed under US Strategic Command, which is also responsible for nuclear and cyber warfare. Spacepower is not only competing for attention with airpower minded-ness, but also the needs of nuclear war and cyber security.

Space requires its own unique cadre of specialists, as would any strategic environment. Being able to harness the advantages and work around the limitations of technology and geography requires the absence of distractions by a service from other environments or missions. Whilst the USAF may have a legitimate concern that this risks isolating spacepower from the other services, the logic of such an argument does not allow for separate services at all or merely raises the bar at which separate services must be able to communicate to each other from their perspectives and specialisms. The promotion of space-centric behaviour with existing US spacepower, and the threat of combat in space, outweigh the risk of compartmentalising American spacepower through poor inter-service relations. At present, US spacepower suffers when USAF’s relations with the Army and Navy suffer, therefore, compartmentalisation is already a problem. Although USAF wishes to focus on integrating outer space seamlessly, it is nevertheless done on USAF’s terms, not the Navy of Army.

It is not impossible for USAF to do justice to spacepower, if it was to adequately resource space requirements, take on board other services’ space needs, and enable better career progression in the USAF through its space staff. To be fair, USAF has accomplished many feats of spacepower integration since the 1980s. Yet historical concepts such as ‘aerospace’ – which was a conceptual device by Thomas D. White to secure USAF’s dominance of US military space in the 1950s – demonstrate the danger of allowing a geographically defined military service dominate a state’s capability in a different and separate geography. ‘Aerospace’ is as intellectually absurd as the concept of ‘landsea’ power when used to attack the notion of a separate sea service from that of the land. Just because space is adjacent to air does not mean an air force is the natural service to do spacepower. Spacepower interacts with all of Earth’s terrestrial environments. It has users and threats on Earth as a whole, and not only in the air.

The final structural point supporting the notion of an independent space service – or quasi-independent corps at the very least – is that spacepower is relevant to everyone, provides critical infrastructure to a panoply of users, and therefore should not be disproportionately dominated by the needs of any one terrestrial military service. What should guide a military space service is how to match its key strengths and advantages to all the services that rely upon it, and provide advantages terrestrial forces may not have considered. Whilst the US Army and Navy have their own space commands, they pale into comparison against the size and responsibilities of USAF Space Command, which disproportionately controls and dominates what the Navy and Army can do with spacepower. The Army and Navy should be able to integrate with US spacepower without passing through the Air Force, if we are to consider all terrestrial environments as conceptually and strategically equal for a global US military vying for full-spectrum dominance.

The arguments for a more separate space corps therefore have significant structural and contextual elements on their side – yet the current legislation’s proposal to model a space command on the USMC may be limiting. The entire US military machine has never been dependent on the USMC for its functioning, and was never an ‘Achilles’ Heel’ to the extent that spacepower is arguably today for the US. This analogy with the USMC is further exposed as inadequate when we consider the reality that a space corps would have significant impact on the functioning of not only the US military, but on civilian American infrastructure.

Spacepower global proliferation, the morphing of space into a combat environment, the uniqueness of space as its own geography and the dependency of all terrestrial services on spacepower make the case for an independent service equal to that of any terrestrial counterpart persuasive. Indeed, for the Joint Chiefs of Staff, the exploitation of all geographies should be given equal bureaucratic weight so that all elements of geographically-bounded US military power can contribute to the task at hand.

To protect its own control of US spacepower, the USAF needs to develop more convincing arguments rather than timing or cost to counter these persistent trends of spacepower, whilst also not referring to the same arguments the US Army used against the creation of the USAF itself in the 1940s. If the political will in Washington persists for the creation of a space corps an independent space service, USAF will have to justify the bureaucratic and conceptual inequality between the terrestrial services’ control of American spacepower. There is no guarantee this may happen of course, as new funds will be required to create even a space corps – let alone a space service – which will amalgamate existing parts of the bureaucratic military space empire. Whether or not this happens will likely be subject to prevailing winds on the Trump administration’s ability to pass a defence budget. One cause for hope and alarm for both sides of this debate is the looming reconstitution of the National Space Council, chaired by the Vice President, which currently lacks any clear funding.

Regardless of the politics of the day, the structural and contextual forces of geography, technology, culture, and political will may trump the arguments deployed by USAF to defend its disproportionate dominance of a second geographic environment. A more independent space corps or service would crystallise the maturation of American spacepower, and herald a new era of uncorrupted astrostrategy in support of terrestrial grand strategy.

3 thoughts on “Space Warfare in the Pentagon: In Support of an Independent Space Corps”