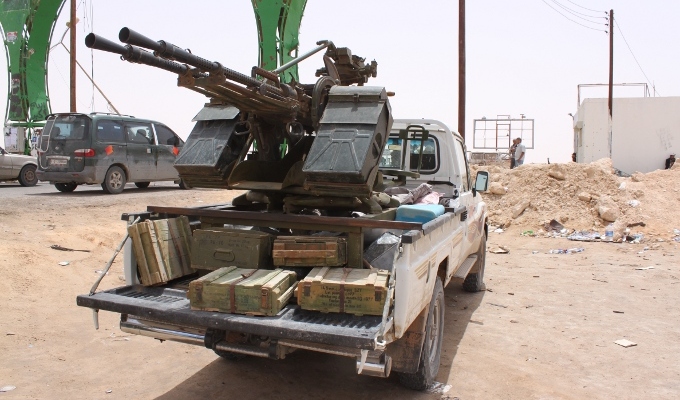 This post is based on a paper presented at an event organised by the Defence Culture and Languages Centre (DCLC) and King’s College London’s Regional Security Research Centre (RSRC), titled ‘Regional Study Day: North Africa’, which took place on 21 October 2015.

After four years since Libya first experienced its own version of the so-called Arab Spring, the United Nations (UN) tabled a peace plan for the country. This was the sixth attempt by the UN to foster a dialogue between the competing actors in the North African state, which had been involved in varying forms of conflict since the ouster of the former leader, Muammar al-Qadhafi. Indeed, in October 2015 the head of the UN Support Mission in Libya (UNSMIL), Bernardino León, who is charged with bringing an end to the violent conflict in the country, put forward a proposed peace plan in an attempt to ameliorate differences between the sparring sides. The issue here, which has not been unique to this particular peace plan but various other attempts also, is that an external actor is attempting to bring about a ‘solution’ to the current Libyan quagmire. Indeed, by casting an eye back to the formation of the state of Libya as we know it today, it is possible to provide some context behind this issue, in an attempt to understand why it continues to baffle the UNSMIL’s proposals.

In 1951, Libya established its independence, having been under the control of Italy, with parts its territory coming under British, French and Ottoman control in the five decades or so running up to this point. In December of that year, the last monarch to rule the North African state, King Idris al-Senussi became the de facto leader of the country. A point worth noting here is that Senussi came from a tribe in the eastern part of Libya (Cyrenaica), and had spent much of his life vying for Cyrenican independence from the other two regions which make up the rest of Libyan territory as it is depicted today (Tripolitania in the north west and Fezzan in the south west). Nevertheless, the former colonial powers in Libya saw Senussi as the most qualified candidate to ‘unite’ the three regions in the North African state. However, it became increasingly evident under Senussi’s rule that he favoured his tribal and to a certain extent his regional (Cyrenaican) allies over the broader Libyan construct. This was ultimately one of the drivers behind the 1969 revolution which led to the Qadhafi rule, who also ended up fostering an equal if not increased level of disparity between his tribal, strategic and regionally based allies and the rest of the country. The point worth noting here, is that the tribal, regional and strategic allegiances within the borders of the country were stronger than that of a broader Libyan state.

This notion of failing to capture the impact that an external actor can have on the country (in an attempt to unite the tribal, regional and strategic actors) was reverberated in October 2015, when the UN noted that the body in charge of levying sanctions on the North African state, the “Libya Sanctions Committee, is prepared to designate those who threaten Libya’s peace, stability and security or who undermine the successful completion of its political transition. The members of the Security Council reaffirmed their strong commitment to the sovereignty, independence, territorial integrity and national unity of Libya.” This ‘preparation to designate’ the perceived actors who threaten peace and stability in Libya will likely cause increase polarisation within the country. Indeed, this would not only prompt a negative sentiment between the targeted actors and the UN, but also between the different actors in Libya who may find themselves in a more/less privileged position as a result. Additionally, this would also contribute to the unequal distribution of political power (in terms of curbing the potential for the targeted individuals to come forward and engage with a dialogue aimed at finding a resolution to the on-going conflict) and economic wealth (which would also more than likely be channelled towards the individuals who were not on the sanctions ‘hit list’). The subsequent environment and conditions, which would come about as a result may well not be too dissimilar to the Libya which was epitomised as having high levels of political and economic inequality under Qadhafi and even Senussi.

I also noted in the recent talk on Libya at the DCLC, that it wasn’t just this resistive sentiment which has made the current proposed peace agreement unpalatable as it stands and indeed the current status quo, but the combination of this element alongside the importance of tribal loyalties, regional dispositions, the location, control and distribution of wealth accrued from hydrocarbons, Qadhafi’s rule and the vacuum resulting from the subsequent North Atlantic Treaty Organisation (NATO) action to help remove the former leader, the actions and support received from the various external regional and strategic actors, as well as the historical context upon which each of these factors have played out. It is therefore clear how a resolution to the current conflict must incorporate each of these elements if it is to stand a chance of being successful.