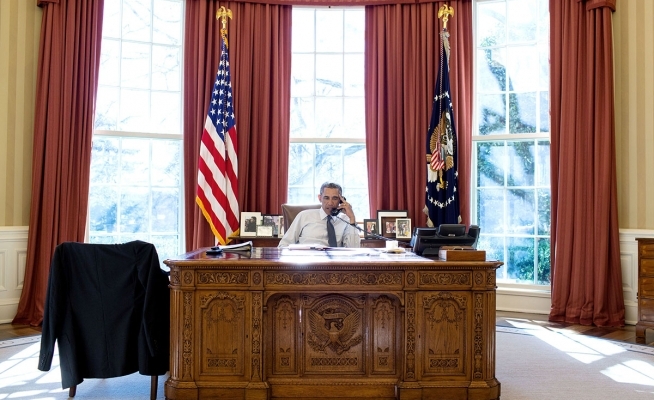 The recent wave of violence and protests across America following the deaths of two black men, Michael Brown and Eric Garner, and the subsequent decisions of grand juries not to indict the white police officers has cast an ugly light onto the social ills that are afflicting an ageing hegemon. As protestors in Ferguson, Missouri could be heard chanting ‘This is what democracy looks like’ the world was reminded, yet again, that the democratic ideals that underpin US foreign policy and which the US seeks to promote and export abroad are in dire straits at home.

The recent spate of racial violence speaks to many of the problems and challenges confronting America in the 21st century. It speaks most loudly to what Barack Obama has conceded is a racism deeply embedded in American society, and to a perception amongst many in the African-American community that the political and judicial system of the world’s most advanced democracy does not represent them. But it also speaks to a wider malaise afflicting a nation that in six years has gone from the heady heights of believing in the possibilities of ‘hope and change’ to the realization that America’s ills are deep-rooted. For too many citizens the ‘American Dream’ appears hopelessly out of reach, a mythical construct that belies the prejudice, inequality and corruption that are poisoning the edifices of American democracy.

All is not well in Obama’s America. A president who entered office promising a new dawn of post-partisan politics has found himself entangled in a viscous web of partisan strife befitting an episode of the House of Cards. Approval ratings for the US Congress are at their lowest ever levels, a reflection in part of endemic levels of political corruption that have steadily mounted over the past century.

The legislative process in the United States has always been much more fragmented than in countries with parliamentary systems and disciplined party systems, but Obama’s first-term healthcare reform was a reminder, if one was needed, of a dysfunctional and overcrowded legislative process with major political reforms becoming the victim of multiple committee hearings and amendments, interest group bartering and concessions and payments to insurance companies and pharmaceuticals. America’s budgetary process makes for grim viewing, with the executive and legislative branches frequently engaged in fiscal deadlock and, as in October 2013, a federal shutdown.

If domestic politics dominated Obama’s first-term then foreign policy is proving to dominate his second. Here too, all is not well. The December 2014 release of the US Senate’s report on the CIA’s use of torture post-9/11 has reopened old wounds and served as yet another reminder of the liberal leviathan’s illiberal tendencies (though its very release and subsequent public debate might be seen as evidence of America’s democratic vitality); tendencies that have only continued under Obama.

To be sure, Obama moved swiftly to end some of the Bush Administration’s most controversial policies, including the use of torture and rendition, but controversial national surveillance practices and a legally dubious ‘kill or capture’ program have fuelled the ire of many on the Left, as well as around the world. Obama has purportedly been ‘anguished’ by the dilemmas he has faced and the choices he has made, but as we head into the penultimate year of an Obama presidency one might reasonably ask: how is it a president who came into office decrying the Bush Administration’s policies during the War on Terror, claiming ‘we reject as false the choice between our safety and our ideals,’ has in large part continued those same policies and in some instances, such as the use of drones, increased them?

One answer is simply that Obama, like every single occupant of the White House before him, has been forced to confront what former governor of New York Mario Cuomo famously captured in 1985: ‘You campaign in poetry. You govern in prose.’ One is also reminded of President John F. Kennedy’s observation in 1962 that ‘it is much easier to make the speeches than it is to finally make the judgements.’ Obama’s mindset, by his own admission, began to shift the moment he was privy to pre-inauguration intelligence briefings (otherwise known as the ‘Aw Shit’ campaign by the CIA in an effort to convince Obama and his aides that the realities of US foreign policy did not fit into their idealistic world-view).

By the time Obama accepted the Nobel Peace Prize in 2009 he had already authorised more drone strikes than President Bush had during his entire presidency. As relations with Congress deteriorated over Guantanamo and civilian trials for detainees, Obama’s conduct of the ‘long war’ became increasingly muscular, exhibiting a preference for the use of hard, lethal force and a penchant for secrecy that has shocked both supporters and critics alike. Obama of course cannot be faulted for the rise of ISIS, ongoing terrorist activity, or Putin’s aggression in the Ukraine: as all good Realists would remind us, politicians must deal with the world as it is, not as they want it to be. It is hard to escape the conclusion, however, that Obama’s liberal idealism has been steadily eroded both by the realities of governing and the realities of the world he inherited.

Added to this has been the worst economic crisis since the Great Depression. While the economic boom that followed WWII led to the increasing upward mobility of thousands of Americans, Obama’s America is suffering from the gluttonous excesses of previous generations and of an unfettered addiction to the pursuit of wealth. A recent New York Times 35-year survey has concluded that the American middle class is no longer the world’s wealthiest and that income inequality is now one of the most fundamental challenges America faces. 60% of Americans believe America is not on the right track and increasing numbers are reporting that the opportunity for social advancement feels out of reach for them and their children – it is this discontent that only fuels the anger and rage of lower-class communities like those in Ferguson, Missouri.

Obama approaches the twilight of his presidency wrestling with the reality that America is an ageing hegemon in an era of austerity, that American primacy can no longer be taken for granted. America’s position at the vanguard of post-WWII liberal internationalism appears more tenuous than at any time since the end of the Cold War. The Obama administration has eschewed the concept of retrenchment with its negative connotations in favour of rebalancing, a concept that has formed a key governing philosophy for its foreign policy.

Obama sought to rebalance not only to Asia, but away from large-scale land wars, a heavy footprint in the Middle East and an excessive use of military power. All this was designed, in the words of Deputy National Security Advisor Ben Rhodes, to ‘get America another 50 years as leader.’ The jury is most decidedly out on this one: if America is to preserve its primacy abroad it must undoubtedly tend to its ailments at home. Closing the inequality gap, enhancing the legitimacy of its domestic institutions, creating a more sustainable economy – all these and more will be fundamental challenges to preserving the health and vitality of a democracy that for all its ills continues to inspire many around the world.