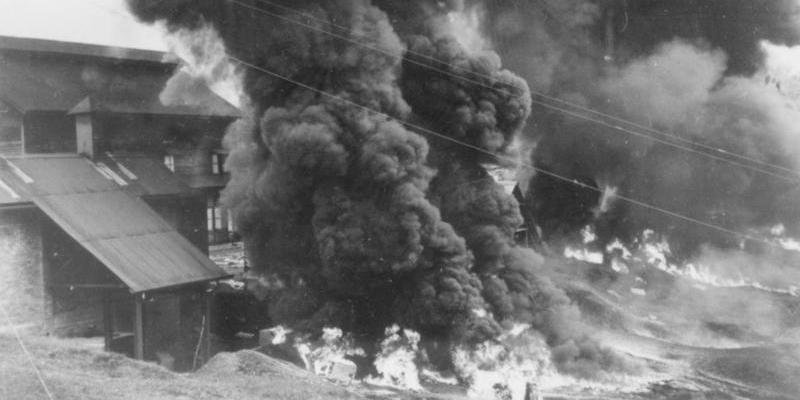 On 1 June, the Second World War Research Group held a highly successful day-long event hosted by the Defence Studies Department at the JSCSC. It was inspired in a broad sense by the desire to examine the largest war the world has ever seen and to place it within its broader context. More directly, the conference theme drew from concepts advanced by several senior modern historians about the place the war occupies in terms of the century as a whole. In a 1990 article, David Reynolds termed the fall of France in 1940 as the ‘fulcrum of the twentieth century’. Taking a similar yet subtly different view, John Darwin has claimed that the events of 1940-1942 represented the ‘great crisis of empire’ specifically for Britain, and exposed its vulnerabilities in such a manner that it was never able to recover fully after the war. For Darwin, such events thus caused a fundamental change in the international system.

The event was designed to bring together scholars to critically examine these ideas, as well as to focus in on more specialised areas of the war to assess whether or not such ‘fulcrums’, ‘turning points’ or similar concepts can legitimately be identified. We were extremely fortunate to receive a fantastic set of highly stimulating papers in this regard. Themes that were covered included tactical and operational failures by the BEF in France 1940, case studies in resistance and irregular warfare, propaganda, morale in and relations between the British and Commonwealth armies, and the Chinese response to the German invasion of the USSR, among others. Delegates were also treated to a keynote address from Niall Barr, examining Anglo-American alliance warfare during the conflict, and placing it within the broader context of twentieth century relations between the two states. The day closed with an engaging roundtable discussion on the subject of whether the retrospective identification of a ‘fulcrum’ is a legitimate exercise for historians, or if it simply represents the instrumentalisation of history to fit a desired theory.

Several presenters from the conference have graciously agreed to write posts for this blog based on their papers, and these will be published over the coming weeks. Podcasts of many of the papers from the event will also soon be made available on the Group website. This event was the second such one held by the Group, as part of its aim to bring together scholars in annual events focused on aspects of the war and its legacy. It also holds regular research seminars from individual speakers. If you would like to be involved in the Group in some manner, please use the contact form on the website, and also follow it on twitter (@SWWresearch). In the meantime, enjoy the coming posts!

Image: Stocks of rubber, held by a factory on a rubber plantation in Malaya, are burnt during the British retreat to Singapore, via the Imperial War Museum.